In a series of works beginning with his 1993 article Dictatorship, Democracy, and Development, Mancur Olson lays out his theory of the stationary bandit. The idea is simple enough. A roving bandit has an incentive to loot, to take everything he can. A bandit who is going to be around a while has an incentive to steal only moderately, so that people have an incentive to invest and grow the pool of resources from which the bandit is stealing. Autocrats who feel securely installed will therefore institute lower tax rates than those who fear being deposed, other things equal. They will also be more likely to invest in public goods.

How about democracies? Olson argues that self-interested majorities will tax at an even lower rate than the stationary bandit. 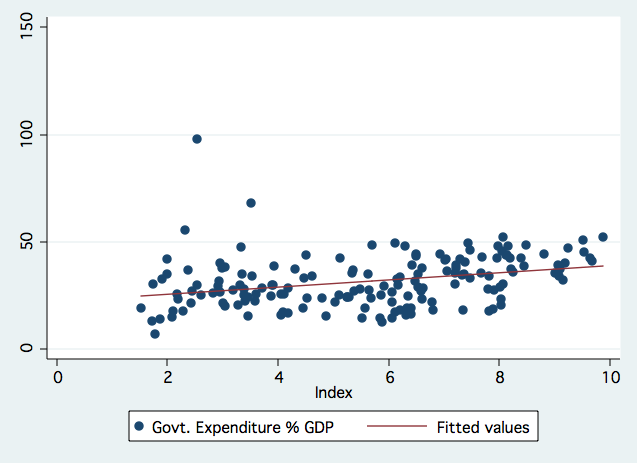 There is a problem with this theory: it does not seem to be true. Using government expenditure data from the Heritage Foundation and the Democracy Index from the Economist Intelligence Unit, I checked the correlation between government expenditure and degree of democratization in 162 countries. The more democratic countries have larger public sectors. I tried a number of regression specifications—using tax burdens instead of expenditures and controlling for per capita GDP—and the correlation between democracy and the dependent variable was positive and statistically significant in each of them. Roughly speaking, a hypothetical completely autocratic government in a country of average wealth would be expected to spend about 24.5 percent of GDP; a hypothetical completely democratic government would be expected to spend about 37.5 percent of GDP. 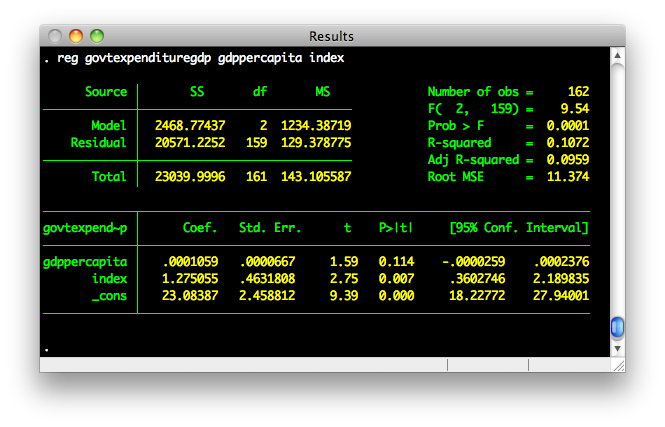 What accounts for this unexpected result? I have some thoughts. But before I reveal my hypothesis, I'm curious to see if anyone else has any ideas. Why would democracies, which have stronger incentives to avoid deadweight loss, have higher taxes and government spending than dictatorships?