In a few decades when the reward gets too small, the transaction fee will become the main compensation for nodes. I’m sure that in 20 years there will either be very large transaction volume or no volume.

Since the early days of Bitcoin, we have known that one day Bitcoin would need to rely on its transaction fee market for security. For the first 210,000 blocks, Bitcoin rewarded its miners with 50 shiny new coins every 10 minutes, on top of any transaction fees they were able to include in the blocks they mined. This reward, also called a block subsidy, introduced new bitcoins into circulation and incentivized miners to commit costly hashing power to the security of the system.

To prevent the total number of bitcoins from ever exceeding 21 million, the non-fee mining reward halves every 210,000 blocks. The block subsidy has already halved twice, first to 25 bitcoins and then to 12.5 bitcoins. In May 2020, it is due to halve again, to 6.25 bitcoins.

The past two “halvenings” have passed without incident. Bitcoin’s price has increased consistently over the past two reward eras, so that the dollar amount of the block subsidy is now higher than it ever was in either of the earlier eras. The price has also grown about as fast or faster than overall transaction volume.

The next halvening may be more interesting. With the block reward falling to 6.25 bitcoins, Bitcoin may need for the first time to rely on fee revenue to provide adequate security. Let’s run some numbers to see how this could play out.

First, we need to decide what we think of as adequate security. Josef Tetek suggests that daily mining revenue equal to 1 percent of daily transaction volume is a good baseline. Over the past couple years, Bitcoin has averaged 1.5 percent. Let’s use Josef’s suggestion of 1 percent as our threshold. 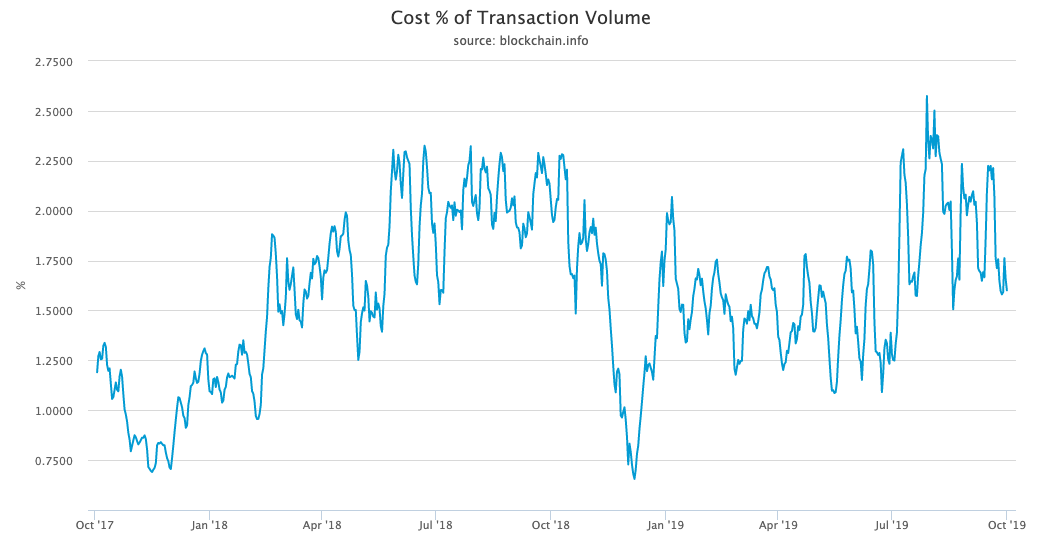 Let’s also look at the far future, when block subsidies are zero or negligible (blocks will receive less than a ₿1 subsidy beginning in 2032, so it’s really not so far away). Using an admittedly increasingly tenuous assumption of today’s bitcoin prices and volume, Bitcoin would need to make up the entire $14 million security budget out of transaction fees. This works out to a per-transaction fee of around $43.75.

In the short run, higher bitcoin prices may or may not help to remove reliance on the fee market for security. Let’s say that by next May, the price of bitcoin rises to $16,000, not outside the realm of possibility. That would make the block subsidy equal to $14,400,000, enough to secure $1.4 billion in daily transaction volume at our chosen security level of one percent. 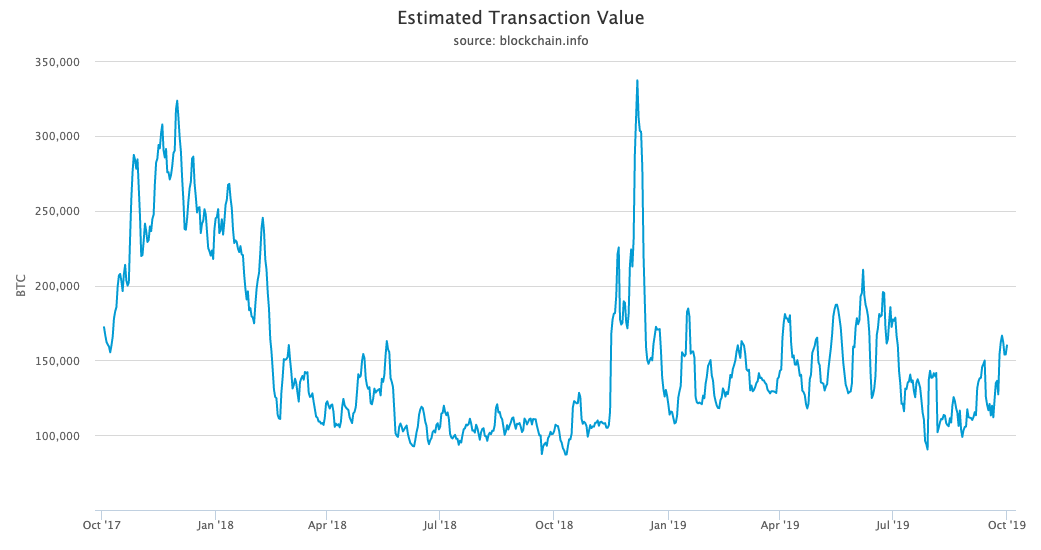 At a fee of $20 per transaction, demand may be much less than 320,000 transactions per day. Say there are 100,000 such high-value transactions that are worth settling for $20 per day. If miners could agree to accept only such transactions, they could earn $2 million per day in fee revenue. However, since there is extra space in the block, it will always be in a selfish miner’s interest to accept an additional transaction at a lower fee. If a miner has a half-full block of $20-fee transactions and I submit a $1-fee transaction, why would the miner leave that extra $1 on the table? If he doesn’t take it, the next block’s miner will.

Of course, if some transactions are getting in for a $1 fee, why would 100,000 other transactors pay $20? The empty space in the block would enable them to lower their fee bids. This means that the fee market will tend to walk down the demand curve until blocks fill up. Price in the fee market equals whatever fee results in 320,000 transactions per day being demanded, i.e., the willingness to pay of the 320,000th transaction. Today, we know that the marginal willingness to pay for the 320,000th transaction is about $1. That means that instead of the $2 million miners could get from restricting the number of transactions to 100,000, they would only earn $320,000 per day in fee revenue.

In addition to being a function of price, demand for transactions is a function of the level of security provided. If equilibrium fees are not enough to provide adequate security, then demand will fall further and the price in the fee market will fall further, resulting in even less security. This is a potentially unraveling market, and I think it is what Satoshi meant when he said, “in 20 years there will either be very large transaction volume or no volume.” The fee market is only stable when block sizes are sufficiently small and demand is sufficiently inelastic to sustain full blocks with high-enough fees to be secure. We know that given today’s prices, volumes, and subsidies the market doesn’t unravel and security is maintained. But we also know that the subsidy is going to zero in the long run and is halving next year.

But we know that the halvenings will continue. At some point, the block subsidy will not be enough to guarantee security, whatever you think the right level of security is. The as-yet untested fee market will then have to kick in to provide security guarantees, which it may or may not do. This will be a real-time economic/security experiment on a live multi-billion-dollar institution. Should be interesting. Backwards induction has not happened yet.

The problem Bitcoin faces in a potentially unraveling fee market is a function of the design decisions Satoshi made and the community continues to support. If the community decided the 21-million bitcoin cap was not sacrosanct, it could in principle continue block subsidies forever. This would ensure adequate security because miner revenue would remain high even without fees. Alternatively, the community could move to proof of stake, where incentives afforded by slashing measures can increase security without a large fee market. Neither solution seems likely to me.

It’s possible that in the long run, then, we face a choice: Fixed money supply. Proof of work. Adequate security. Pick two (at most). How Bitcoin addresses this trilemma will be fascinating to watch. If not in 2020, then at some point.