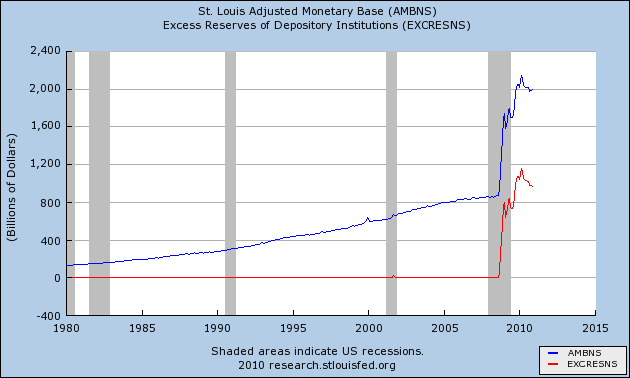 No, it’s not literally one-for-one, but it’s close. Non-circulating money gives me the vague impression of a tree falling in the woods with no one around to hear it.